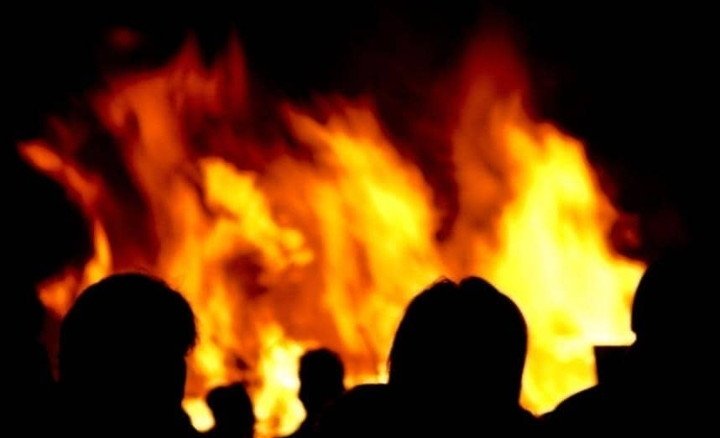 In the eight years before the Greater London Council was abolished, I clerked for the Clerk of Works at the Major Technical Problems section of the GLC’s Housing Dept.
The modern building our children called the Chocolate Layer Cake overlooked a desolate area overgrown and rampant with butterflies feeding on budleja. It was totally surrounded by a high wooden wall much favoured by fly-posters.
Now it perches at the junction of Parry Street and Wandsworth Road next to the major public transport hub, Vauxhall Cross. It’s still there, and it is still overlooked by much taller nearby buildings.
At lunchtime in high summer, an inquisitive soul might note the siting of the air-conditioning machinery shed on the roof provides an excellent modesty screen for said soul to eat his sandwich lunch while full length sunbathing naked.
Ken Livingstone mobilised a willing army of tireless volunteers (I was one of many hundred) to fight Mrs M H Thatcher’s dastardly, and to us incomprehensibly counter-productive plan to “Abolish the GLC”.
Abolish who? Ours was an establishment with lineage. Its valuable activities were rooted in the welfare of almost every facet of the life of Londoner and London. Its great-grandfather was the LCC. Worthy, buttoned up civic souls had established the London County Council in 1889.
I see now where my inspiration came from to write such an action drama. Broadside after broadside was fired at County Hall from the Mother of Parliaments across the Thames. I wrote these opening taster lines at the time as a form of escapist release (1986).
What follows is now no longer inside of me, but I throw it open to the public
It is here. It is up for grabs.
Only draw out the plot, build an international cast of characters, set up the historical diorama, and you will be ready to sell the film rights to the highest bidder!
I note with pride one scene I sketched has since appeared in the opening sequence of a recent action film.
—>
Music of a menacing beat is carried on a simple melody in a minor key…
The opening scene is set on Lambeth Bridge.
We see our Hero walking east along the bridge, on the north pavement, just after dark. His steps are short and hurried rather than purposeful. His features are a picture of puzzlement, frustration.
He is rehearsing to himself the events he has just observed when walking past by the House of Lords Victoria Tower. He is linking a name to a face. His questioning look gives way to alarm and immediately to a prickly panicked fear.

As he breaks step and begins to jog, he reaches the solid stone where bridge meets embankment.

This is what saves his life.

The complex of Gothic-Revival buildings that comprise the Mother of Parliaments, Lords and all, erupts in a silent sheet of white-red flame.
Our Hero is sheltered from the first inaudible shock wave by the sad grey stone blocks. He lies flat. Next to his nose, he sees the grains of dust on the paving slab brilliantly lit by flashes from the final chest-splitting explosions.
He understands. He is angry. He knows he is now the only one who knows. He exhorts himself to fill and then with an effort to refill his sore lungs with air.

Weeping with wordless rage, he lopes steadily east, aiming for his ‘drop’, not three hundred away, in Old Paradise Park!

When he recovers his safe deposit box keys, he will drive to Lydd Airfield in the clothes he stands up in. From there he will fly the country in his Cessna 150, never to return.

For all his covert ops experience, for all his uncanny ability to apply decision tree prediction under battle conditions, even he could not have forseen the catalytic role in world events that he was to play out, and which in a few days would bring him home – in the spotlight of national attention.

Once it's visible, EveryNow simply must be shared. Peace, love, abiding joy. It can be yours. EveryNow. Much of who and what this writer is I share in my various blog posts on my slowly growing EveryNow on the WordPress website. ~Love is present E v e r yN o w View all posts by Peter Pilley